Court of Stars Mythic Plus Tips and Tricks

Professions: Cooking requires 800 to use.  All other professions just need to have the introductory Legion quests done (so your profession bar shows your skill level as x of 800)

Those with Cooking can now do the Umbral Bloom (7.2 change).

Void Elves and Nightbourne can do Magical Lantern (change with Allied Races release).

Priests and Paladins can do Fel Orb (7.2 change).

Herbalists can use Nightshade Refreshments (7.2 change).

Engineering orb can also be used by Gnomes and Goblins.

All ways of starting the instance early or water walking across the water have been hotfixed.

Be very careful of AOE trinkets in the area after you cross the first bridge, it is very easy to pull the cats in the house and result in a wipe unless your group handles it perfectly.

A popular strat is to go left after doing the Sentry, and kill the trash on the docks.  It is much easier than trash on the Talixae side of the instance for percent.  On fortified weeks, you can avoid the cat at the top of the other stairs on the docks by going back up the side you went down.

You can prevent the torch from being thrown by using a stun or grip on pull.  You can also CC them.  After the sentry reaches the pylon, you just need to interrupt the summons.  If it has not aggrod, priests can mind control them.

If you pull the constructs and the engineering orb is available, using the orb will turn them neutral, even when they are already in combat..

You can avoid the construct on the right side at the bottom of the bridge by walking through the bushes.

If you have a shadow priest, they can mind control an add to prevent it from bolstering.  Warlocks can banish.  This is useful for the Guard that pulls with all the myrms, which end up bolstering the guard.

You can disable all the pylons and avoid the long RP on the final boss by having someone accuse a random NPC.  If the person guesses right, the longer RP is still usually shorter than the time it would have taken to get all the clues.

Streetsweeper animation sometimes fails to show on the ground.  Range can counteract this by being at max range.

Avoid pulling the boss too close to the bridge where range stand, as sometimes the animation for ground effects will be underneath the bridge.

Avoid dispelling Arcane Lockdown if you will be getting adds, as it will not be off cooldown when you need to remove the Hinder from players, as Hinder slows the player and reduces the damage they do.

You can CC adds when they join the fight.

To save time, you can send one of your players (someone with speed or stealth preferably) to go the usual route to the other side, which will open the door in the second respawn area.  They can quickly look to see what buffs are up on the left side and if they have stealth, can pop some of them avoiding trash.  While doing this, the rest of the group kills trash in Gerdo area on their way back to where the next respawn point is.

There are some pretty easy trash packs here for percent.  The mana wyrms beside the stairs as well as on the left side of the boss, upstairs to a platform is another easy trash pack. 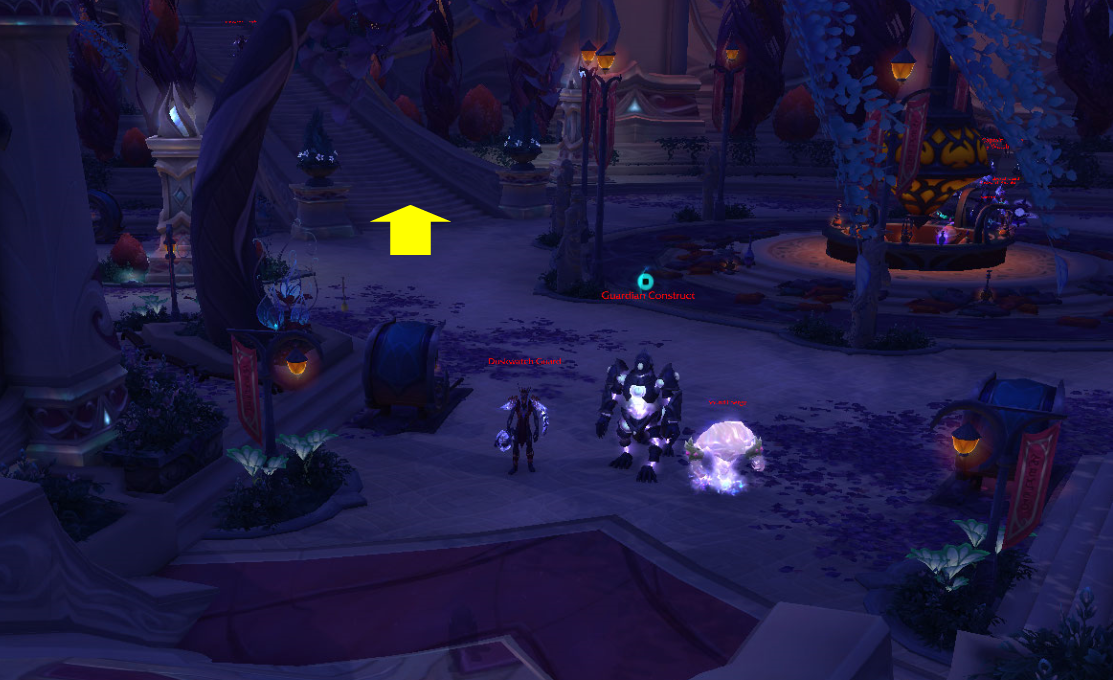 These cast Eye Storm which hit very hard on higher keys.  Knock back or grip eye storms so the eyes don’t spawn.  When you stun the boss, eyes can still be cast.

They do not cast Fel Detonation while moving, so you can safely move them to LOS position.

Be careful about Enforcers spawning where you are killing minibosses.  They can spawn in the four corners, but they seem to most often spawn near the Discarded Junk.

You can shadowmeld, feign, etc to stop the Disintegration Beam cast.

If you have the Blacksmith/Hunter trap, you should use it to kill this miniboss.

You do not have to be at 100% enemy forces to pull Talixae.  You just need the minibosses dead.  You can optimize hero/lust by taking care of minibosses first, then pulling Talixae when hero/lust is off CD, then finish enemy forces.  You can also send a player to do clues while you do the last %.

Set a stun and CD rotation for dealing with the imps and be sure to stack tightly before cast to maximize cleave and AOE.

Burning Intensity stacks throughout the fight so healing and damage reduction CDs should be used later in the fight.  Missing a Withering Soul interrupt without a mass dispel available can lead to a wipe on higher keys.

Optimize time by sending one player to do clues while the group finishes trash for percent.

If you disabled all the pylons before the first boss, have someone accuse a random NPC to prevent the long RP.

Warlocks can place a gate before killing the miniboss so someone can leave early to get the door.

You can make this easier by having a range player bait the jump with the rest of the group stacked up.  Then they need to sidestep when Piercing Gale is out.

Avoid standing on top of any of the images during Slicing Maelstrom or you will suffer increased damage.  You can see their AOE circle while Maelstrom is casting: 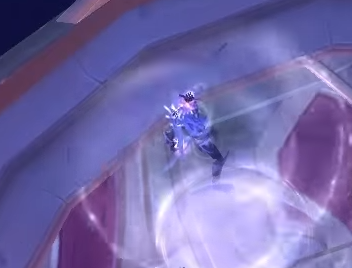 Healers can use Sephuz and coordinate with tanks.  Right before Slicing Maelstrom goes out, the tank will stand in a tornado which stuns the tank until Enveloping Winds is dispelled .  Then the healer will have the Sephuz proc for healing the Maelstrom.

If you are running out of room, players can run into tornadoes and use an immunity to cause them to despawn.

If you wipe, remember you can go and pick up any of the item buffs you were unable to pick up with your group comp.