Seat of the Triumvirate Mythic Plus Tips and Tricks

Avoid moving with suppression field unless absolutely necessary (ie. multiple volcanic spawns).  Range being spread a bit helps so they aren’t AOEing each other with movement.

To start, pull the boss to one edge, to leave lots of room for later phases, as Decimate quickly fills up the room.

Null Palm can be outranged.

If you are the player sent down with Umbral Shift, call out when you are about to come up so players can stop ranging and kiting the boss and get ready to attack.

The boss can be rooted during Umbral Shift, so players don’t have to constantly be on the move and can DPS instead.

Be careful not to pull extra trash when kiting the boss during Umbral Shift.

While waiting for the RP to open access to the next area, you can use the time to kill one of the add packs right by the entrance.  This will also prevent accidental pulls of these mobs if someone dies and runs back, or losing time having to wait for them to pat away on a run back.

Clear very carefully as it is easy to pull multiple packs.  Also be aware that if you use movement speeds such as Blink or Roll, that you can go off the side and die, especially by one of the Rift Warden spawn points on the right.

If you are having trouble avoiding the Void Traps, you can watch for the tiny traps being thrown a second or so before they appear as circles.

If Darkfang targets you, you simply need to sidestep and step back slightly to avoid the cone attack.

Immunities can be used on Void Traps.

You can LOS Dark Matter behind one of the pylons if you are concerned about your ability to kill it in time.  These are the pillars: 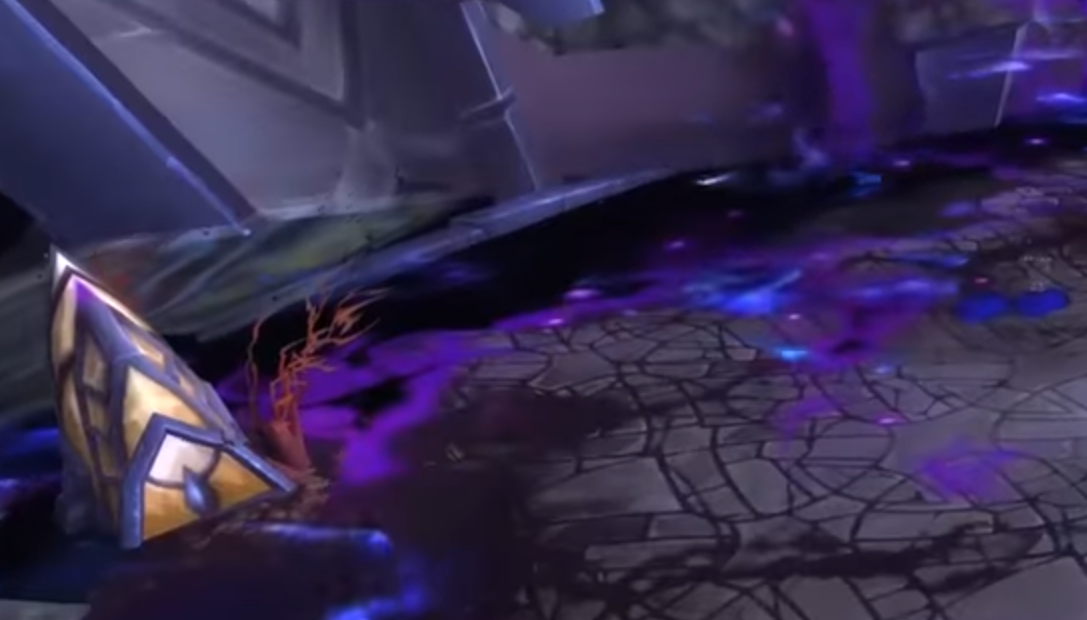 Clear the main trash before engaging the boss, as the boss will pull it.  You can skip the oozes on the far side of the room.

On Tyrannical weeks, you can save hero for the first set of Shadowguard Voidtenders and use second pots for the second set.  The group has ten seconds to kill both adds before it wipes the group.

If a player is targeted by 2 or 3 tentacles, priority interrupts should be on those tentacles.

Howling Dark should always be interupted, either by the tank or an assigned interupt.

Be aware that Skyfins can randomly join the fight as they fly through the area.  They are on a huge path, so they aren’t easy to pull before the boss.  This may have been fixed, or simply RNG.

Fragment of Despair needs to be soaked, but they can be very difficult to see in some parts of the room, especially if it appears in Remnant of Anguish.

The two Backlash phases last for 12 seconds each.

Everyone should try to stack on the tank during P2, otherwise players run the risk of running into Remnant of Anguish that others have left when moving for the Grand Shift cast.  This is one fight where marking the tank to show the stack point is recommended.