On higher keys, this dungeon is much more punishing on tyrannical weeks.  However, high teeming fortified weeks can be difficult on the trash leading to the chess event.

DKs can take the Shrieking Terror for a minion.

In the trash right before the Menagerie, there is an Abstract Nullifier.  Attack it, but leave it in combat while you to the trash in the menagery, as the debuff from it gives a dps boost to the target.  The healer can LOS the cast to ensure the buff goes into the tank or DPS.

For the Wrathguard Flamebringer, some types of CCs will break, and the Flamebringer will join the Medihv fight after you pull the boss.  Rogue Sap and DH trap works.  Monk Incap does not work.

If you have an instant move ability (ie. blink, shadowstep, transcendence, displacer beast, cat form etc) you can avoid inferno bolt by using the movement right as Medihv unleashes the inferno bolt.  You need to ensure you have enough range to do this if you are ranged – standing by the door works.  Obviously, don’t do this during flame wreath!

Make sure melee is spread when flame wreath comes, if they overlap, they explode and wipe.

During flame wreath, instead of interrupting frostbolts, you should ensure you are interrupting the casts on the flame wreathed players so they don’t die from flame wreath plus fire ticks.  Most flame wreath wipes are caused by one of the targets dying, and bolts increase the likelihood of that happening.

If your healer is struggling healing ceaseless winter, you can let a frostbolt through to iceblock a player and they won’t take damage through the winter.  However, they won’t be able to damage either.

Arcane missiles can be shadowmelded.  If the tank uses an immunity right before arcane missiles goes out, it can target a DPS instead.

The birds during the add phase are buffed by Fortified not Tyrranical.

Pulling the boss into the corner of the room makes it easier to soak the orbs.

Immunity classes are best to soak the mana.  If your group is low in immunities, having brez available for after one person soaks orbs will be a necessity, especially on tyrannical week.

Mage: If you have a mage, they should take one of the Rodent of Usual Size (aka rat).  When it is time to soak orbs, mages can iceblock and run around on their rat collecting orbs, and will able to collect many more than with the soak then iceblock strat.

You can easily pull all the wyrms as one group as long as you soak the balls.

You can skip the trash on the bridge/ramp with Rogue Shroud of Concealment.

This trash on the ramp on teeming can be particularly nasty, and it often makes sense to invis pot past it.  You will need to pull all the wyrms and likely a bat at the top of the ramp.  Also be careful to not get knocked off, as you cannot be rez’d.

If someone dies, contrary to popular belief, you can rez, just not until after the chess is over.  Once the fight is over, run towards where the floor tiles have yet to spawn, and the healer can do the 100y mass rez.  For higher keys, especially on fortified week, it is usually better just to have the player run back, unless the chest event is almost over, since you have the whole rp before the boss and they may get back in time to finish off chess.

If you are unsure of your success, place a Failure Detection Pylon where your corpses end up.  That way if you wipe, you have wipe recovery and don’t have to make the painfully long run back. 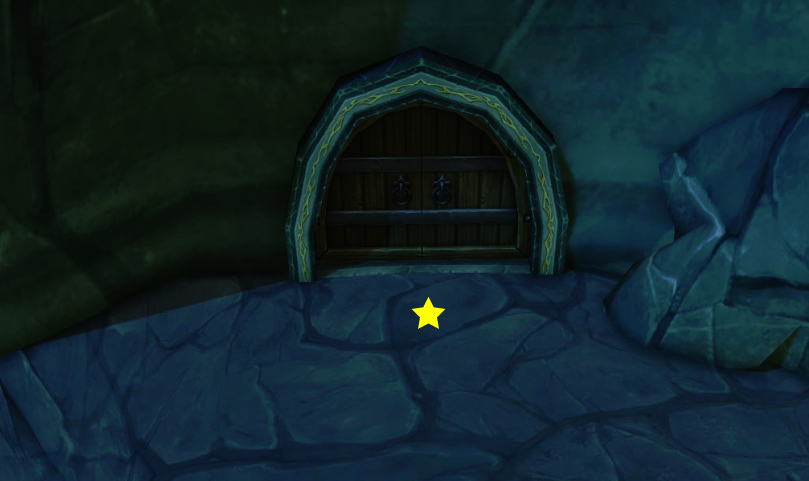 Beam always targets a specific person.  So that person can just dodge to one edge, wait for the beam to cast and then move to the middle.  If you are having trouble figuring out who it is focusing on, split the group into two sides and determine it by matter of deduction.

For P2, if no one goes into the circle in melee, the boss will just keep casting beam.  It is often worth keeping your tank/melee off the boss (or only casting their range abilities) and let range DPS attack to avoid some of the more dangerous mechanics.  You can still be knocked off if you don’t avoid the beam.

Chaotic Showdows: Use an immunity right before the boss does Chaotic Shadows on the third platform.  The boss will still target the immunity players but it won’t apply Chaotic Shadows to them.  Depending on your comp, you can entirely avoid them.